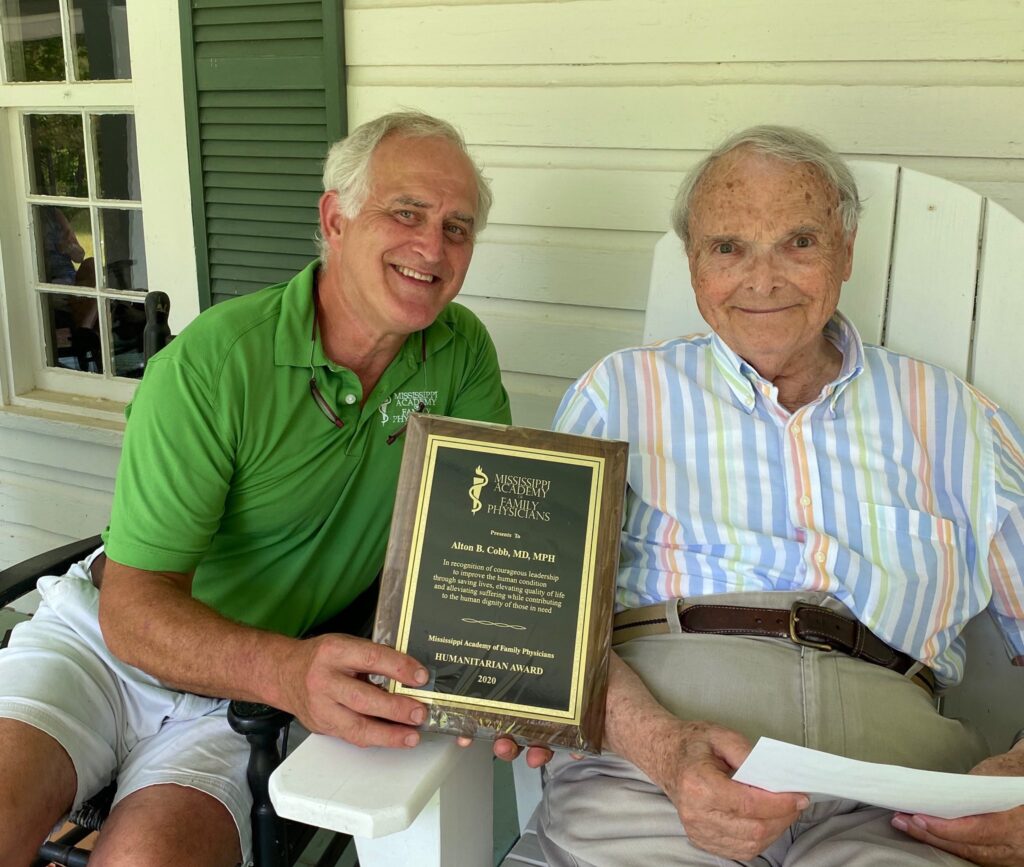 The award is given by fellow physicians in honor of a Mississippi physician with a lifetime of service in uplifting humanity, social justice and the health of all citizens, especially the underserved and those in greatest need. This is only the third time the award has been given by MAFP – the first was to the late Dr. Gilbert R. Mason of Biloxi in 2012, and the second was to Dr. Robert Smith of Jackson in 2018.

Dr. Cobb was born in a log cabin in Camden, Miss. He graduated from Holmes Community College, graduated from the University of Mississippi with a bachelor’s degree in 1950, then received a certificate from UM’s 2-year medical school in Oxford in 1952. He then graduated from the Johns Hopkins School of Medicine in 1954, performed an internship at Charity Hospital in New Orleans in 1955. After that, he completed a master’s of public health degree from Tulane University in 1960, and served as a resident doctor at the Tulane School of Public Health, serving at the Mississippi State Department of Health (MSDH) from 1961 to 1963.

Dr. Cobb worked again for MSDH from 1958 to 1960 as county health officer in Sunflower County. He later served as the first director of the Mississippi Division of Medicaid from 1969-1973 and helped shape it into a successful medical program for Mississippians. Following that, he served as the director of the MSDH as the state’s Chief Health Officer from 1973 until his retirement in 1992. During his MSDH tenure, he created the district health system, guided the evolution of licensing emergency health services, led the development of home health agencies, and led the separation of the Board of Health from the Board of Medical Licensure. Further, he created the division of Chronic Disease within the MSDH and sprearheaded the enactment of Mississippi’s compulsory school immunization law, which has done much to protect millions of Mississippians from disease.

Dr. Cobb is the subject of a joint resolution currently in the 2020 Mississippi Legislature honoring his legacy and being the recipient of the Humanitarian Award.

Dr. Cobb and his wife, Mary O’Connor Cobb have been married 61 years and have three children, nine grandchildren and 16 great-grandchildren. They live in Jackson but frequent his birthplace, the Cobb Farm in Camden, weekly.